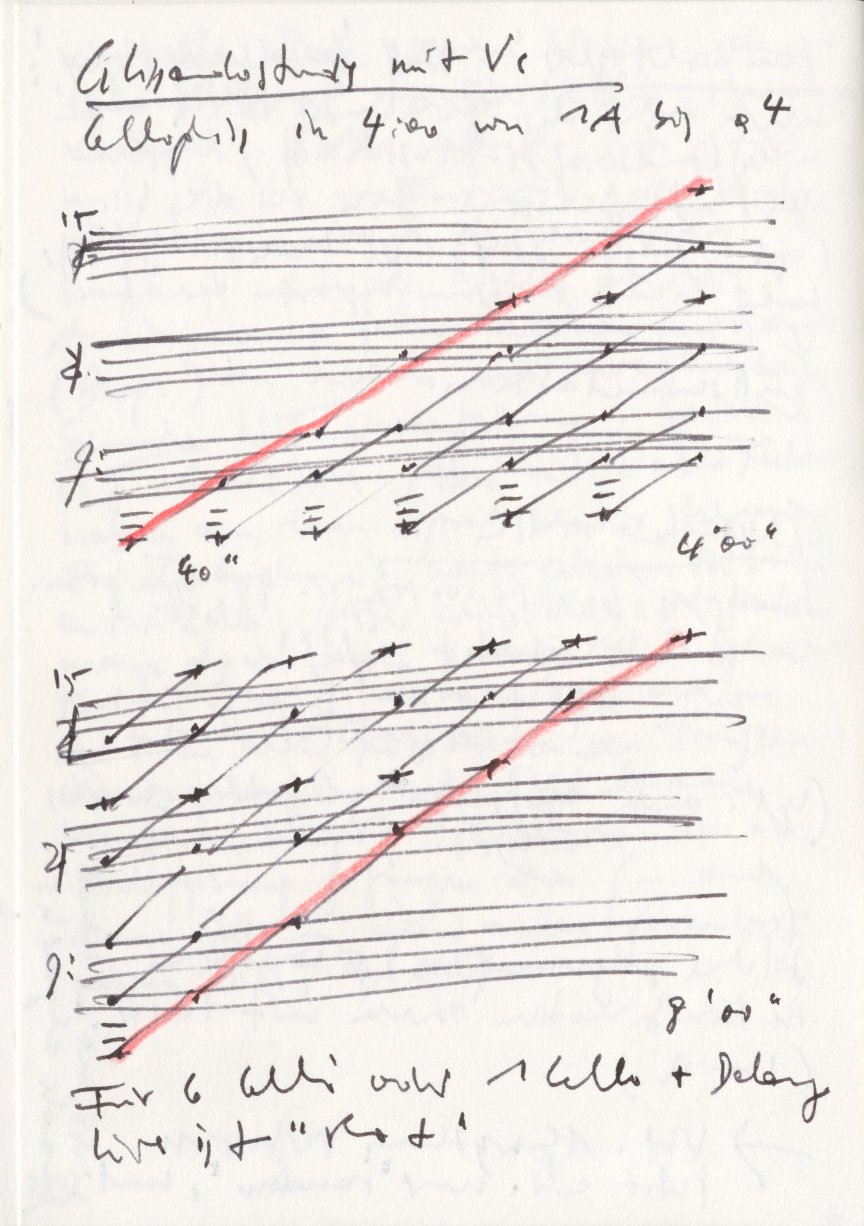 listen to a detail of the "Kanon"
(Michael Moser: cello, Wolfgang Musil: electronics, premiere of the piece, September 2019)

note on the delay version:
the delay version seems to be more appealing then the tape version. but it is also more challenging. especially to deal with/reduce the feedback. on top of other measures in this regard the sound engineer can set a high pass filter to all the electronic output (the delays), starting short after the entry of cello 6 at about 50 Hz, with a gliding range that allways follows cello 6 up until 3500Hz where the electronic output is closed anyway and leaves the solo cello alone for its last phase. (english un-edited)


for a printed score and more details contact the publisher: